Marijuana, as per Alaska laws, is defined as stems, flowers, or leaves of the marijuana plant. The state of Alaska allowed cannabis cultivation in 1975 when the other states of America were fighting to make it disappear. So, marijuana is legal in Alaska. Earlier, the Alaskan right to privacy made the cultivation of 25 plants legal, and people could have 4 ounces in their possession. 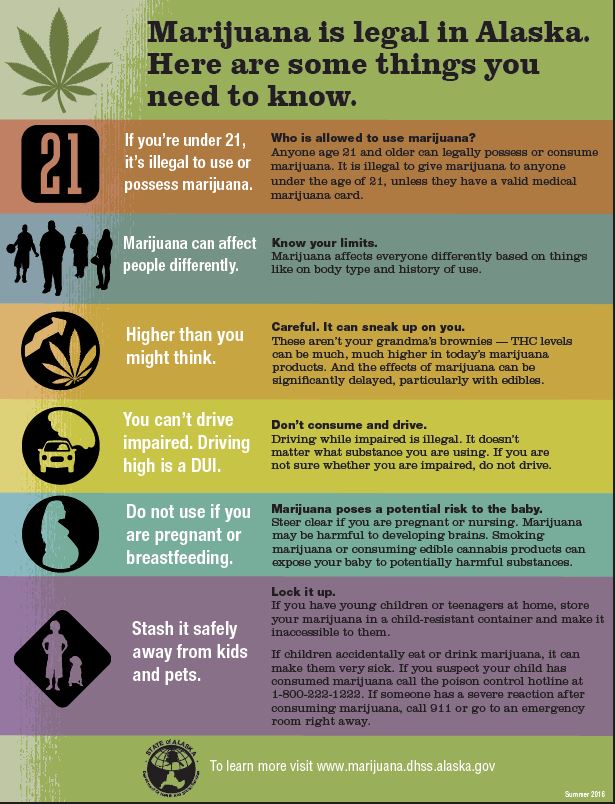 According to the Alaska Department of Health and Social Services:

Personal non-medical marijuana use and possession became legal in Alaska on February 24, 2015, as determined by voters through the passage of Ballot Measure 2.

Regulations for this law, including specifics about personal use and the retail sale of marijuana, are still in development.

Since March 2015, growing cannabis in Alaska is reduced to 6 plants. People aged 21 and older can grow cannabis. Be it for medical purposes or adult-use; marijuana growers must keep in mind that they are permitted to grow only three flowering or mature plants at a given time. Besides, the plants should be cultivated in a location where they are not visible sans the use of binoculars, aircraft, and other aids. Cultivators can share trimming from these plants with adults aged 21 and above, but the exchange of money is strictly prohibited in such situations.

Also, Adults aged 21 and above can purchase marijuana from state-licensed retailers and establishments that possess a valid online consumption endorsement.

For more on how to obtain a license to grow marijuana in Alaska visit the Alaska Department of Commerce, Community and Economic Development.